The night sometimes makes you feel safe. Protected from the madness of the day. In the quiet hours post 12, your soul chooses to unclothe. Or cozy up, and just be. Unlike in the day when you adorn a dozen faces to please a dozen people. No compulsive pang to constantly please everyone around. No routine, timed existence. No urge to run, go breathless and perspire. Pointlessly.

I am so glad, each day has a night. Someone I trusted once told me this, because I believed in praying. Don't ignore it for its childlike ingenuousness. He asked me to pray before the day began, asking God to protect me, knowing very well that I would also have to try as hard to protect myself. And then say another prayer before I went to sleep, saying that, now that it's night, my defenses are down, the thrust solely falls on Your mighty shoulders. I did that, for as long as I trusted him. Even do it now. Anyway.

Multitude of nights, this way, slept away. Curled, saving the warmth in my belly, dreaming, running, chasing, looking. In the various rooms I have lived in. Mostly alone. Sleeping alone, spending the night alone. It amazes me, that though I have spent days together, shared mornings, afternoons and even nightfalls, I have never particularly shared a night. And that makes me feel prenatal in ways more than one.

In continuance with numerous dawns of awe, has come an afternoon of a multitude of mirages. Sand and water, water and sand. Only merely sand. Quiet dunes of them flattening, then disintegrating. Shaped like breasts, those coagulated collections of time, blistering, giving up to the loveless casual breeze. Making the road ahead shine in illusion. With quite a few lies that we tell each other and ourselves. Now, no story can be untold. Or shameless truths reversed. We hallucinate and see the tiny feet of fair little children and hear the gurgles of their laugh. Distant, fast merging with their echoes, reflecting from godforsaken walls. There is no tearing away of tireless sleep from such eyes. Fabricated lies, conspired existence. Unending prose, epilogue prologue dialogue. There is no getting anywhere, because we are wired to come back right to where we started. So, we'd rather be where we are. And not move. Life is pointless, anyway. Is it not.
No comments:

The Lack of Motion

The further we go in life, the more we cancel out our options. As a child, I would stare at the stars and imagine I would go there someday. In afterthought, it sounds silly, now decades and decades later. But it could have been true, except that it didn't. Except that that option itself cancelled out on its own. Left alone, we all begin to walk the street most of us have walked, leaving all other streets untouched. Our stars are too dim.

It's not the beaten topic of following convention and not chasing the illusion, as we may. It's not that, I think I have beaten the shit out of that topic already. This is something else, some other flu that just caught me.

One of the boys I schooled with is a millionaire today. He owns the mines and stuff. That way, mostly your fortune is waiting for you carved out on a plate. People, check in at rich holiday destinations almost everyday, on Facebook at least. It's not the happy pictures. Oh please, once a friend and I assumed that curvature of the smile on those faces must be directly proportional to the mess in their lives. Let's face it, most of us are a mess (feel free to discount yourself, please).

Despite that mess, however, some of them have managed to become flawlessly pretty. Some have kick started their own businesses. Some have well, checked into those airports, God bless them,

So, irrespective of the sham that living has become, people move on and accomplish themselves.

Sometimes, I, though, feel like falling into a bottomless abyss. With absolutely nothing in my fucking mind. All my options cancelled out, without my knowledge. During the rest, I feel stagnated to my molecules, perfectly deathly still.
4 comments:

She removes her sunglasses and shoves them in her bag. He catches her eyes, for the first time. Looks away before it gets uncomfortable. She gets into his car. Her red heart, is about to burst. He says something about the other car, the one he couldn't get. Instead, he had to get this one. The older one, the crumbling one. Some excuse. She's not listening. She is floating on cloud 9. He throws a bunch of chocolates at her. Nonchalantly. The ones he had gotten from his last trip. With no particular girl in mind. But he knew he was going to fall in love that summer. Hot summer of 2003. She was eighteen. He, twenty-one. His bloody hyphenated existence.

They walk into some restaurant, after a little dialogue over choosing that place over another, and another over someplace else. In the glass walls, they see each other, side by side. Juxtaposed human specimens. Pretty divergent. In their corner table, he orders pasta. She asks for a coke. He says she should eat something. But hungry is the last thing she is. Her stomach is full of butterflies, already.

Waiter comes back, says the guy that makes pasta hasn't come so early in the day. He chooses a pizza from the one page menu. She helps him pick it. Suddenly they have nothing to do. Their heads are empty. They talk of the heat of summer. And how the roads have gotten better over the years. And other illogical nonsense.

Later he pours ample amounts of ketchup on her slice of the pizza. Thin crust, strewn with peppers. She takes those few seconds to look up at his downcast eyes. Is this it? Or probably not.

An hour later, he drops her off at the same place. It's a milder afternoon now. There is no need to hide behind sunglasses. She stands there, smiling with her naked eyes as he pulls away. Knowing that this is it. For them. It it.

Love is a two way street. You love me, I love you back. You break my heart, I break yours right back. Enough said and done about unrequited love. Once unrequited, it stays that way forever. For most people. Those people who never lean. Never understand the mammoth of patience it requires to actually being in love with them. Nobody can change, that is a stubborn truth. It is almost always the more feasible option to walk away. Leave behind. And the comic tragedy is, there is actually nothing to leave behind. You were living in an empty space, and loving a ghost.

Smell of grapes in the refrigerator, bulbous dark purple thingys, bunches of those stocked in one of the bottom shelves. And that of garlic from our kitchen, of yellowed books in the bedroom. Keeper of our secrets. Scrape marks on the stove. Pots and pans, scanty. Forgotten recipes in our head, saved while watching those shows on TV, in arms. Leaning, laughing. Loudly and then softer. Whispering, should our walls hear. But they are ours anyway. Bricks and mortar. Sand and love. Slippers, a couple of pairs of them, placed astray, near another couple of pairs of old shoes. Belonging to the persons, we have grown out of. That we used to be, but no longer are.

How much fun is that. Honey. How we thought we were inelastic and would never change. But we stretched ourselves, pulled strings, to be here. Now, in this home. Of sorts. Our pasts, those phases when I hadn't seen you, and you me, feel like pulling away into an insolvent memory. And we dwell in a shared history, that our lives began when we fell in love. How naive. Is that. So, pinch me.

It's not all hunky dory. Yet, it's home. Where we are our honest benign selves. Shelving tiny incidents of our days, me writing labyrinthine passages from imagination, you filling our walls with post-its. Huge, life size post-its. About what was done wrong, and what was done right.

Struggling with our singular truths. 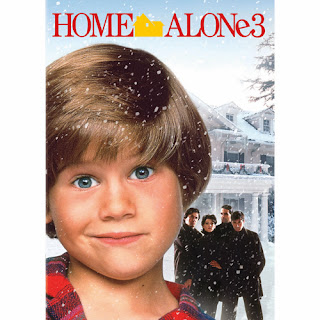 See, if this drags you here?