My interpretation of things is weird. When I like
something, I don't know why I like it. When I hate
something I don't know the reason either. So more
often than not I go by my instincts and it turns out
that I can't explain my thoughts. Again it's no reasons,
no excuses,just me...you know, I just am...

I hate headaches. They blurr my vision. They make
me go mad. They make me nauseatic. And more than
anything, they make me sad.

I love being alone. But sometimes solitude haunts me.
Before a minute, I wanted to be left to myself. And
now again I want to lose myself in a crowd. So I am
never sure what I want from my life. My priorities are
in doldrums.

I wonder if anybody would want to swap lives with
me. I have a cup of black coffee at 10 in the evening.
And that keeps me awake till 4 in the morning. And I
lose my nights somewhere in between.

My frustration gets dumped in a corner of my mind. It
keeps on piling like a pile of clothes waiting for the
laundry. And one night I plan to take a walk in the
cold, alone to throw it all out. Or otherwise I blog it
out.

There is this man you just want to stand beside. He
doesn't have any of the qualities of the ideal man, but
you like him for what he is. He is genuine. And he is
nice. So, standing beside him, and counting moments, I
begin to blush irresistively and in my mind, I am
writing a song.

Of all that I wrote here is the an excerpt...

'But with every passing moment we travelled deeper
into each other. Restraint became an impossibility and
conscience, a liability. '

And I would avoid publishing the rest.
11 comments:
It said 10: 25. She counted her blessings, that she
hadn't missed her train. But somehwere down her
heart, she had really wanted to miss it. That would
have been an easy excuse to stay back. But a hero that
he was, he never failed in anything. He made sure that
she was home bound that night.

She knew her train would leave any moment. By then
he had got out of the train and she was standing near
the doorway. There were hundreds waving goodbye.
And so was she.

Just when her train jerked into motion, she got down.
He was taken aback. She lay her hands on his
shoulders, raised her feet for her mouth to reach his
ears and said something softly. He stood there like a
piece of rock. And like a fearful shy child, she got back
into the train. And just when he wanted to see more of
her, she disappeared behind that thick translucent
glass. That's the problem with these AC
compartments.

Once out of his sight, she felt safe from that
embarrasment. She remembered a thing that had
happend an aeon ago. On being asked whether a
woman could ever confess her love for a man, she had
said that she never should. That would give the man
an upper hand for the rest of their lives. But on further
thought, she added, if the man is worthy enough,
better give it a try than sit back and regret later!

So she quietly climbed to the upper birth, switched her
cell phone off and turned sides all night. Sleep wouldn't
come. Just his face would flash by. And then the
darkness of the compartment. She wanted to reach
home and forget about it all. She wanted to forget
about having met this man. She wanted to forget ever
having confessed her love for him.

Switching sides and thoughts the night didn't seem to
pass. And finally when sleep came, she didn't want it.

Then came the morning and she saw home. But the
thought came back to her. She felt a hole inside her.
May be she was just hungry. All is going to be fine, she
assured herself. He wont ever call back and they are
going to lose touch a week or so. And it'l be alright.

She dragged her bags out of the train. Eyes swollen and
hair out of place.

How she wished if someone could pick her up from the
station and give her a free ride home. She desperately
wanted to spot a familiar face in the crowd. But she
cudn't.

Or did she? Did she see someone she knew? Yes, of
course she did.

She recognised the man, smiling and walking towards
her. And as he picked up her bags, he said ,"Switched
the phone thing off, huh!All night!"

He had flown a four hundred miles just to say 'I love
you too."
22 comments:

#I'm having splitends, it occurs to me that I need a hair cut.
#Initially I'm too lazy about it. Then make up my mind to get it done, once & for three months.
#So one late-morning, I'm looking at myself in mirror, in a room that has too many mirrors and you know being able to see myself from all angles possible makes me conscious & sad
#And there is this person who's doing something with my hair, you know, spraying water all over my head and tucking my hair up. She is dumping precious information, which shampoo-which conditioner-ayurvedic-herbal-chemical-blahh-blah
#And there is this another woman I have been constantly listening to. She is fair and fat and has golden hair. And she wants her hair to be completely in sync with the white dress she was to be wearning that night. You know, she has got pins with pearls on them, and then she wants them do be done wonderfully-so on & so forth. I wonder!
#I'm done. My bill is exorbitant. But everything is okay when it's once in three months. Besides I love being paid attention to. Even if it's about being told which shampoo causes dandruff & which doesn't.
#Outside I see a group of black, skinny women, probably labourers in the construction nearby, cooking lunch and their stunted urchins doing rounds. Here no one is worried about her hair. There are things that mattered far more. I hear their laughter and again I wonder!
#This is India. & India continues to remain a first love. 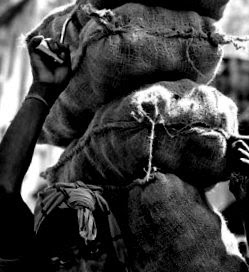 -I often have a problem explaining people that I'm basically a random person. But how do I tell you, I just aM-
15 comments:
EPISODE I:
The best thing about me missing three days of serious studies and and going out was meeting a sweet guy. After many days I found someone really likable in the truest sense of the word. Sweet, accomodating and lovable. And also, should I say, that he has a catchy smile. The type I like to see on the faces of guys. The one that shows up in the lips and then gradually in a matter of seconds spreads to every inch of the face, the cheeks in the far end, the glint of mischief in the two eyes. Sometimes the fingers trespass the hair once or twice to add to the charm. Ah! Intoxicting. I indeed look for excuses to stare for a moment more...

I find hair on the hands a nice thing. And besides that, he is one of those people who are are into this habit of speaking too softly for a mind as deaf as mine. So I am left with no option but to move closer to his mouth. The whisper and the mild gushes of air along with the words then literally blow a few strands of my hair. And I like that.

I also like the gentle nod and the acknowledgement of my presence when both of us are lost in some crowd.

Besides that, there are these blank moments among those long hours when from my ever worthy peripheral view I can make out two eyes looking on for a blank moment and then immediately looking away. May be the eyes expect me to turn and say yes, I was also waiting to steal this moment and catch a glimpse of you. But am I not simply better off without it?

I like him. So what if he has a girlfriend!

EPISODE II:
I had decided never to wear this dress never again after that happened. But today, again I have wrapped this sheet of melancholy around myself, because I obtain sadistic satiety from inflicting pain on myself, I want to relive that sultry day, that windy afternoon, I want to live that pain all over again… that separation, that sense of being duped. I want to hear the last words you uttered, one more time. I want to hear those unspoken promises you made before me, even though they were not real. I want that same music, to fill the solitary air around us …

I want to regain that exhilaration of being beside you. That of talking to you, endlessly. Taking care to see that our eyes don’t meet for time longer than a second, all the way I blushed about not letting you peep into me through that curtain of shyness…

Even though a spasm of pain clinches my face every time the memories of that day come back to me, I have had the courage wear the same hue and color… that same pair of metal earrings. The same place, the same solitude…the same me; just that you are not here anymore.

Even after you are gone, again I am here for you. And this time I will let the pain shroud me mercilessly…

I want to outgrow that day, by living it again.