"Which mad man opened the windows at this deathly hour...Grr!!!" I screamed hiding beneath a couple of blankets ,"Pleasee... shut them...I'm gonna die of this cold"
"It's six thirty...come on now!"
" I need to sleep for like seven more hours...And what's six thirty? I have never
seen a six thirty!"
"Alright! I will show you what it's like."
"No pleaseeee"

A moment later I saw light all around. The cold numbed my flesh. He'd pulled me out of the blanket.
"My toes will freeze..And what are we dying to see at this hour?"
"You don't need to put your feet on the floor, love."

I blushed but feigned a reluctance.
He carried me to the terrace that way and I was sinking my face into his chest for dear life.

"Now open thy eyes. See how the sun smiles at us"

Orangish red/Reddish Orange? "The light hurts, It's too bright and I'm too sleepy"
"It wont anymore...look at me?"
And then I looked into his eyes...

~Sunrise, Sunrise, Looks like morning in your eyes~
~May we be this way, for now & forever~
13 comments:

There was this lazy afternoon lecture going on, the professor gurgled away insignificant notes. And she sat right there, thinking of the futility of it all, learning things that never mattered to her. She wanted to be somewhere else. Somewhere far. Was she an escapist? Never mind.

There was this involuntary process of writing down everything the prof, wrote on the board. She was going a little restless. Looking up the time every five minutes. When was this going to end? Random thoughts trickled into her mind. And she was wondering how many things in her life were out of order. How many did she want to fix? What all she’d missed out, what all fate had denied her, what could be the worst consequences of this clinical lethargy, procrastination…and then she was asking herself whether she wanted to change for the better? And then the answer was a No!

In the midst of all this, there was this thud inside her and also outside. It was somewhat sudden. She felt things stopped working inside her. And then she ceased to feel anymore. She held on to a hand for help. But she came crashing down. A deep twitch of pain had her then…She lay on the floor with eyes open for a second or two. And then died. 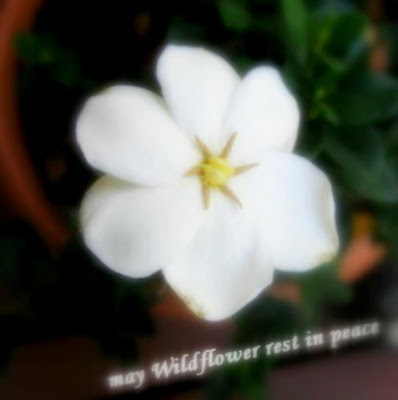 Because, right now I am concentrating on ma career..haha!
Because I need another five years to settle down in my life
And you will need ten more...

Because we need to find ourselves first, each other next, love then...and peace last!

And I would like to unwind in the weekend, lying down beside a series of ghastly movies, go out, splurge on my own money...and dream to make it bigger...but focussing all my energies on just one single person? Sorry, but I am far too selfish for that...

Guess a lot of other things could deserve that hell lot of attention!

And well! This is mere attraction, isn't it? Everything that is, is nothing but a fad, an infatuation.

Nothing is love.
Love is nothing.

And someday in time, we'l outgrow, whatever it was...love/infatuation/crap...whatever! We'l move on...
7 comments:

1. favor8 color: Black
2. favor8 vegetable: Tomato
3. woman of substance: Shakira~~~
4. A regret: NA
5. A good thing: Guy I loved, din’t love me back. Would have been disastrous otherwise.
6. Best things ever: Anything that’s soporific and Intoxicating. Coffee being neither is like ma eternal love, nevertheless!
7. What’s on the cards: writing a book is on the cards. *sarcastic laughter*
8. Perfect day out: getting lost in a jungle and rain dancing my way to salvation
9. Thing I learnt: Not all tall guys are good and not all short guys are bad
10. Worst thing about a woman: having to pluck your brows every two weeks.
11. Senility has arrived when: you move on from Garnier yellow to Garnier Red (Only the conscious females would know )
12. Worst thing about me: I chew ma nails!!
13. Favor8 words: “Pathetic!” & “O My GawD-Kill me Now!”
14. Most Unforgettable compliment I e’er got: Can’t write it down here ;). Someone might just know that I considered it o-so-unforgettable!
15. People I HATE the most: Hypocrites! I hate myself when I become one.
10 comments:

These days Silvy goes out a lot. Out as in, not outside, but out of her mind for sure.

Tossing her hair back, she glanced at her watch.
She was in no hurry.But doing that was to show that she was in one.
Catching up with time every three minutes when she walking alone,was another
way of making herself and people believe that she was indeed occupied and not thinking about the mundane plight her life is subject to, when she actually was thiking about it, and thinking pretty hard at that.

Beside the watch, something that quietly tied the wrist was a thick black thread.
That reminds her of the soothsayer she'd been to, some Sunday.In her mind, she laughed out loud. Very loud.

Sometimes we could be so foolish, so-so foolish to have believed that a thread could indeed change our lives. Our murky lives. And there were also stones and other junk.
Silvy had a box of them by now. She kept them quietly in her closet. Besides the other mysteries. And there were other mysteries for sure.Some between the yellowed pages of an old diary and some between one layer of the heart and another.

Sometimes she took them all out though. To have a good laugh. She would toss the stones onto her bed and laugh again. She wanted those vibrations in her facial muscles to last a moment longer.

And the she would go quiet as she read the pages of the diary. And amongst those dateless entries and faint memories, Silvy would try to remember. Which year was that? What month? Was it by any chance a winter? And what had made those words leave her heart?

And then she would lie on her back and hold them close to her chest. Stare at the ceiling. For sometime, before pretending to be in a hurry again!

~ My life has taken a strange turn. Well it always keeps on taking turns, sometimes fortunate, but more often than not, otherwise. Just that this one does arouse a different feeling altogther. Different because I'm not feeling like a failure altogether. May be I'm feeling more than just that. Or may be I'm least concerned.

Just indifferent to what is happening to me, deaf to my own voice.

It's been a long time that this has been irking me, shaking me out of my otherwise peaceful 5 hour sleep.

And I tend to get worried and the lost sleep doesn't come back to me. I have used this feeling of impending failure to threaten my resources to work the best out in them. And sometimes I have tried to just walk it out. And dispose it off to the misty, dark, frozen, 3 am air!

And the latter is being repeated beyond what you would say is healthy. Because I've reached the borders of my mind. And beyond this is nothinG! ~
7 comments:
Newer Posts Older Posts Home
Subscribe to: Posts (Atom)